The BATCC Today mourns the passing of another great member, Steve P. Silvia, 68, of Portsmouth, RI, unexpectedly on Feb 4, 2021.

Steven was born on May 17, 1952, in Newport, RI. He was the beloved son of the late Henry A. Silvia & the late Elvira F. Silvia.
Steven was a graduate of De LaSalle Academy in Newport in 1970. He received his BA from the URI in 1974. He worked for the State of RI at the URI Bay Campus as a Technical Artist for 15 years, & most recently worked part time as a sales clerk.
Steven is survived by his brother Glenn Silvia of Greenville, RI, & his niece, Sarah MacDonald, & nephew Thomas Silvia.

When Steve was an active member of the BATCC he was known as a collector of rare & hard-to-find action figures particuarly from the "golden age" of action figures in the 1950s & 1960s. He had a broad range of knowledge of vintage action figures and was more than eager to share that knowledge with the members at any place & anytime.
He used to set up display tables of just a small part of his vast collection at the annual BATCC dinner festivities at The Lantana in Randolph. He wowed all the members and assorted guests with the "coolness" of his collection.
He will be missed. 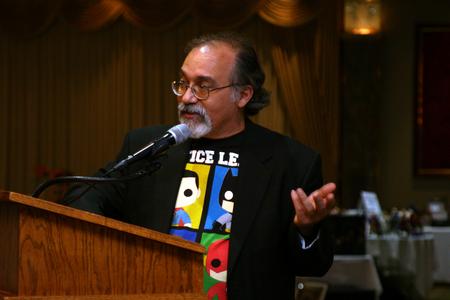