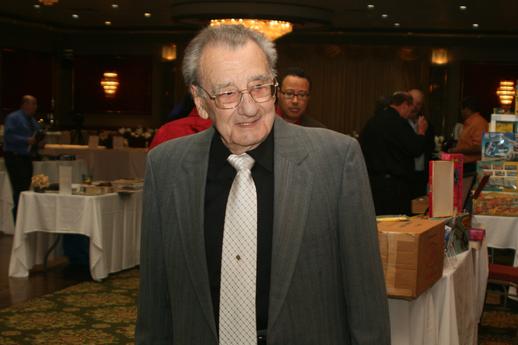 Club Member Louis Robert Sicard turned 94 on December 12, 2018.  Louie joined the club because of his passion for collecting MATCHBOX. Born in 1924, Louis spent his teen years in France, hiding out with his brother and always on the run, after the Gestapo arrested their father and put him in a concentration camp. Both brothers had the Resistance prepare false documents for them, so that if either were eventually arrested, the Gestapo would not be able to link them as being brothers. Louis has been a bedrock to many in our club and we wish him happy birthday, with many more to come!!! ​

Listen to our club Executive Director, Stephen Lanzilla, being interviewed by friend of the BATCC, Jordan Rich. This episode of WBZ New England Weekend played several times during the weekend of March 2nd and 3rd, 2019 on WBZ Newsradio 1030. They discussed our, then upcoming, first Toy and Pop Culture Show (sponsored by CORGI), which took place on Sunday March 10, 2019.

Club Events and Other Fun Stuff