So. Let's get to it.  Does this figure have "A Lotta Plastic for the buck"?

Why?  It's too small or short.  It has a fine design and I give that an 8 out of 10.  Mattel even gave this guy his venom hoses.  But...  It's just at least an inch shorter than it should be.  It's got the strong, beefy muscles, but not the height to make this figure great.

Also, accessories are weak. I rate that a 4.  Figure comes with a mace contraption and that's it. 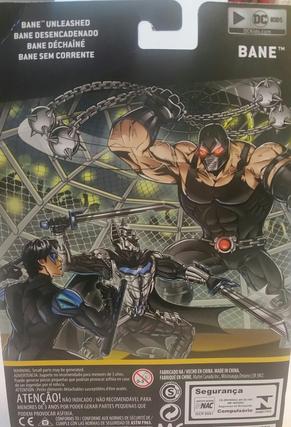 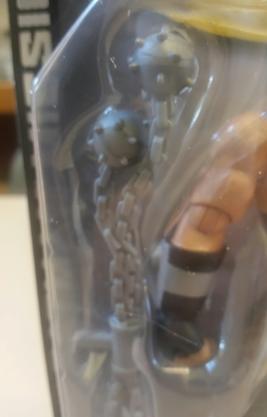 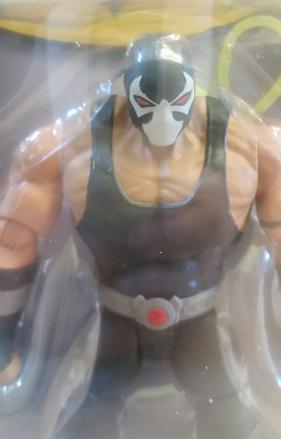 Welcome, Fans of the BATCC website.  Moose here.  I am the Co-Chair for Action Figures for the Boston Area Toy Collectors Club.   Basically, that means that I can pontificate on action figures at our monthly meetings before any other member or club officer, and if you've been to a meeting,  you'll realize that pontificating is what I do best.

I decided to present my thoughts and feelings about action figures here on our website for more action figure lovers to read.  This is the first written pontification that I have done in a while, as well as my first entry under my new column.  It's Called Moose's "A Lotta Plastic for the Buck."

What it comes down to is: do the action figures that I present here have value?  In this capitalistic society of ours, it's always about value.  That's my angle and I'm sticking to it.

Yes it is shockingly good, especially for Mattel, because not only is it less than $10 retail, but it looks like Mattel has actually produced a new sculpt and not just repainted an old one from the past.  That's not the norm for Mattel, which is sad because this the 11th hour for Mattel's DC license.  Now  they choose to do a new, accurate sculpt.   Too little...too late,  Mattel. 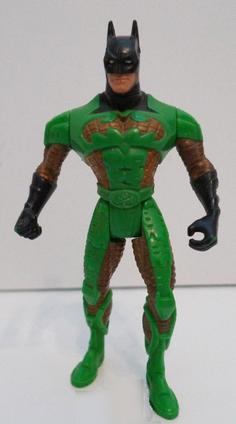 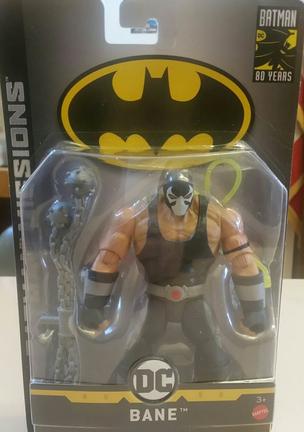 Articulation has thirteen points which is okay, so that rates a 7.

Paint quality looks fine.  I give that an 8.

Price point is usually under $10 at major retailers.  (No, Walgreens is not a major toy retailer.) That earns the figure a 7.

In school,  you need a 70% for a C grade.  This just missed so it's a C minus.  While it is the best figure in the Batman Missions line, even better than the Batgirl fig, it still can't be called "A Lotta Plastic for the Buck."